All Hail the Reigning Monarchs of Edisonia

Welcome to the Edison Pageant of Light 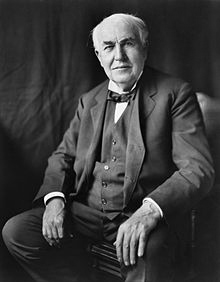 Edison Pageant of Light exists to perpetuate the memory of Thomas Alva Edison. Although he lived in New Jersey most of his lifetime, Fort Myers became the beloved winter home to the inventor. Edison established his winter retreat in Fort Myers in 1885 and spent many seasons at his estate until his death in 1931. While in Fort Myers, Edison brought national recognition to what was then a small town, enticing other notables to relocate to the area.

The Edison Pageant of Light was the inspiration of the late Robert Halgrim, newspaperman and personal friend of Mr. Edison. Mr. Halgrim wanted to create a celebration paying homage to the great inventor which would become a living memorial to the man himself. The Fort Myers Woman’s Community Club and the Jaycees enthusiastically helped him develop the mythical kingdom of Edisonia concept.

The organization enjoys putting on a King & Queen’s Ball, a Coronation Ball, the Thomas Alva Edison Birthday Party & an Edison Festival of Light Parade Party. These popular and ever expanding events are a meaningful and fun tradition for members and community alike. These events take place and experience great success due to the generous efforts of Edison Pageant of Light members, committees and the Pageant’s community supporters.

In 1947, the Edison Pageant of Light celebrated the centennial of Thomas A. Edison’s birth. The Pageant program features supporting local businesses, some which still serve the greater Fort Myers area.